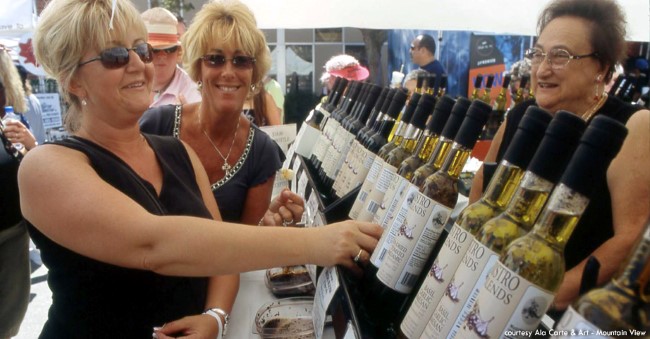 A time-honored, home-spun tradition, the parade celebrates Independence Day in small town America with an entertaining array of whimsical floats, marching bands, horses, community service groups, classically cool cars, decorated trikes and bikes, "Pooches on Parade", youth sports teams, dance and theatre troupes, photos and fun with the delightfully rotund, playful and mischievous Pumpkin Festival mascot Gourdy, a Color Guard by the American Legion, and local dignitaries and celebrities slowly winding their way through the crowded downtown along Main Street between Filbert and Mill Streets. Honoring Half Moon Bay's western heritage and always a parade highlight, there will be a large number of equine entries with prizes awarded in several categories. Half Moon Bay's famous, 40-member strong Sitting Marching Band will be in their usual perch at Main and Kelly playing an array of patriotic ballads during the parade.  be hosting its annual

IDES Grounds, 735 Main Street, Main St, Half Moon Bay CA
(650) 726-9652
miramarevents.com
World's Greatest Gourd Growers and their titanic, mind-blowing, Volkswagen-sized orange orbs hope to squash the world record at the Safeway World Championship Pumpkin Weigh-Off — the Super Bowl of Weigh-Offs — in the World Pumpkin Capital of Half Moon Bay, California. Organizers are offering a top prize of $7 per pound and $30,000 in total prize money for a new world record pumpkin entered at Half Moon Bay (the current world record is 2,624-pounds set in 2016). A host of accomplished, grizzled veteran growers will contend for the coveted title, the $30,000 world record prize and thousands of dollars in additional prize money. In a pay-by-the-pound system, the winner is guaranteed a hefty $7 per pound for the champion mega-gourd plus a starring role in the world-famous Half Moon Bay Art & Pumpkin Festival, Oct. 19-20 (including a free weekend at the posh, pumpkin-centric Ritz-Carlton on the stunningly beautiful Half Moon Bay coast). Defending Half Moon Bay champion Steve Daletas took home the top prize with his 2,170-pound weigh-off champion mega-gourd that obliterated a formidable field of heavyweight contenders in winning the 2018 Safeway World Championship Pumpkin Weigh-Off. Beauty will share center stage with beefy brawn with a $500 prize awarded to the most beautiful pumpkin as judged by the audience based on color, shape and size. The grand champion gourd (along with the top five overall) will be on display at the Half Moon Bay Art & Pumpkin Festival, October 19-20, from 9 a.m. to 5 p.m. on Main Street.

Events are not guaranteed. It is your responsibility to confirm before going.